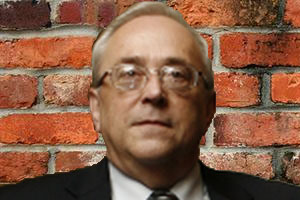 Kenneth L. Davis, SR/WA, joined Doyle as a Vice President in 2011 after more than 40 years in the Oil and Gas/Right-of-Way Industry. Ken entered the business as a draftsman/engineering tech with a large oil and gas company where his duties included facility design, mapping, and survey. He also spent 17 years doing in-house land work, which encompassed lease and right-of-way acquisition, and negotiating oil and gas contracts such as farm-outs, joint ventures, etc. Ken has spent the second half of his career in Right-of-Way consulting where he has managed title, oil and gas leasing, and right-of-way acquisition (pipeline and transmission lines) projects across the U.S. He has also supervised acquisition for airports and performed land-related functions for superfund environmental clean-up projects.

In 2011, Ken served as the International President of the IRWA, and he remains an active leader in the organization. He is a graduate of Salem College where he earned a degree in Business Management. When he’s not on the road, Ken enjoys hunting, fishing and woodworking.